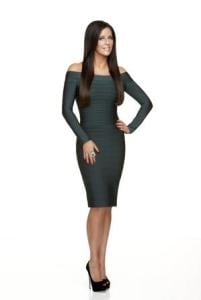 Long silky hair, generous curves, and a cranial cavity filled with tumbleweeds and glitter. Is that really what men want?

According to Millionare Matchmaker Patti Stanger, it is. Now ladies, before we sharpen our nails and get ready to hurtle Virginia Woolf literature at the screen, Patti also adds (to paraphrase): “Don’t hate the player. Hate the game.”

She’s “just the messenger”. Patti asserts that, while she made a name for herself telling women to shed a few pounds, dye their hair, and to ixnay on the book learnin’, she’s only following biology.

If you have seen her show, you know that Patty has pretty strong opinions of what men want and find attractive and she’s never been one to mince words about it. When it comes what women and men are looking for physically she claims it’s not her, its biology. She says “you can check with Harvard Medical school”.

“I’m not hard on women about their appearances for me. I’m hard on them for a man. When you know what the male species is looking for — ‘I’m not into a redhead,’ ‘I don’t want a fat chick,’ — I have to tell them that X won’t date you unless you’re this. I’m just the messenger,” she says.

So I checked with Harvard Medical School and… Alright, you win this time Patti, but I’m not happy about it! I think reducing love and attraction to science and then following it devoutly, like Patti, is more than ridiculous. Some of the most desirable women (to men) in history have had terrible love lives, meanwhile the often short haired Victoria Beckham and the tall and humbly proportioned Kate Middleton are still going strong with their prince charmings.

What do you think? Do men naturally prefer women with long straight hair? I tend to agree with that assessment, though when I polled a few of my male friends about it, they did say that they found curly women to be more approachable. However, trying to to get them to fess up about their preferences was like trying to get a confession of infidelity out of a politician. It wasn’t going to happen. Not that I needed their confirmation; I’ve seen their girlfriends. There is definitely some truth behind men and long straight hair.

True or not, take this with a grain of salt. Every once in awhile it’s fun to fish with bait; to throw on a pair of sexy heels and a yes, give you hair the sleek-over. Why do you think Zelo developed it’s at-home keratin treatment to eliminate frizz and straighten your locks?

But these things should never be a prerequisite for love.

You are absolutely beautiful, and I’m not just saying that. You’ve got it. Own it. Because if you don’t, then no amount of makeup and sexy hair will make up for it.

Hilarious clip. Maybe there’s some truth to it after all!